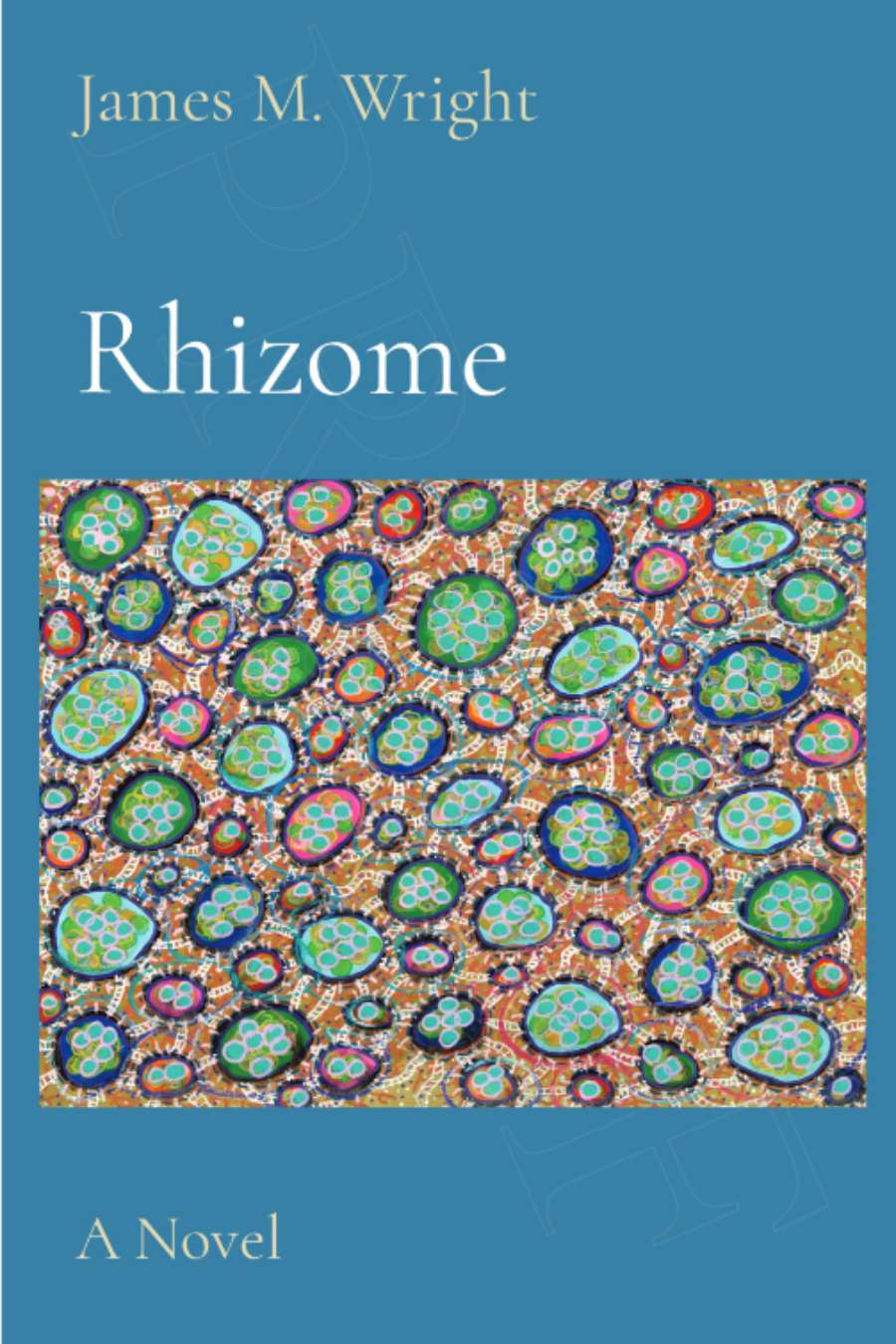 “You can’t see the forest for the trees.”

Why? Because the heart and mind of the forest do not wave in the wind but dwell underground, within the complex woven soil of fungal threads and plant rhizomes. This mycorrhizal network functions as the core switchboard of the forest, shuttling nutrients, messages, and memories among all the linked entities of the ecosystem. Philosophers call this kind of system a “rhizome.” It is open and connected, both within itself and the greater world without. Contemporary forest ecology sustains these notions, comparing the mycorrhizal forest to the neuronal network of the human brain, a “wood wide web” (term coined by ecologist Suzanne Simard for her 1997 paper in the scientific journal Nature).

In Wright’s engaging science fiction novel, a forest mind in a parallel universe has penetrated the membrane into our world. Seeking to expand its mutualistic network, it joins with a diversity of beings in symbiosis. Yet despite its vast resources, the forest mind has vulnerabilities. When it is forced to grapple with an extinction crisis caused by humans, it seeks an unlikely alliance—with a damaged young man who has given up on his kind, someone willing to risk everything in an attempt to consciously shape evolution itself.

CHARIS EMANON,  author of 51 Ways To End Your World, wrote the following:

James M. Wright Sees Possibility In The Dirt: Rhizome
*****5 Star Review*****
The speculative story, Rhizome, starts with a shocking scene. I read through the opening lines and suddenly it was happening. At first I thought I was misreading what was going on. Ultimately, though, there was no denying that something terrible occurred.
I closed the book after I read that opening. I probably spent two weeks processing it.
Novels, as with all art, should make an emotional impact. The ugly parts of life are going to come up along with the rest of it, otherwise it isn’t honest. After all, life is too often ugly, too often dark.
When I re-opened the book and started again, Wright achieved something wonderful. His main character, Owen Black, much later, as an adult, heads into the woods with the idea of ending his life. The woods have other ideas for him. In a scene reminiscent of the best of T. H. White’s Sword In The Stone, Owen is given the chance to see the world from a new point of view, as he is transformed by the arboreal mind. Owen comes back from this experience with a new strength. He makes friends, finds love, and battles the demons from his past. Wright always manages to twist the story a little differently than you would expect, and the ending is not what you were certain it would be. I leave that for you to discover.
This speculative story is largely fantasy, and moves the reader out of the shadows as it progresses. It is a story of redemption, a story of the interconnectedness of the ecology and human existence. As the old myths no longer hold the power to build into causes larger than ourselves and our immediate concerns, as we lose the meaning and purpose to our lives in the ever-present now, Wright is attempting here to fashion another way forward for humanity. It is a big task, one that requires an honest appraisal of what has gone wrong, what it is that has scarred us, and what it would take to make us whole once more.
That is what makes this a 5-Star story in my reckoning. Wright is attempting to build a new type of literature. This is no formulaic re-hash, no paint-by-the-numbers corruption of the hero’s journey, but rather it is fashioning a new way to think about the universe and our place in it. A seed has been planted into the dark soil here, and what will grow from it is unknown.

From PETE PERU, author of The Reeking Hegs (Montag Press 2020): "You know how the current sociopolitical scene often influences/shapes the work that a writer produces? James M. Wright's "Rhizome" is a gem of an example. Using fiction/fantasy as a vehicle, Mr.Wright presents us with a series of ideas which are gaining ground fast in the mainstream of earth/bio sciences, combining them neatly with a contrasting story of love and tragedy in a polarized world as opposed to love and harmony in a parallel world. This absorbing tale is beautifully written, a fact which only serves to emphasize its underlying message - we are all connected to everything. You better believe it! Thoroughly recommended."